Skip to main content
Back to top
Lights, Drama, Action!

Told through a trio of loosely connected stories, Coffee explores human relationships through the drink that wakes the world up in the morning.

In Italy, out-of-work barista Renzo (Dario Aita), desperate to find a job doing what he loves, becomes ensnared in a roasting factory heist. In Belgium, pawnshop owner Hamed (Hichem Yacoubi, A Prophet) is attacked one night by protesters who steal an antique coffee urn, resulting in a tense life-or-death struggle that mirrors Europe’s current immigration anxieties. In China, Ren Fei’s (Fangsheng Lu), allegiance to his employer and future father-in-law is tested when their chemical plant jeopardizes the coffee plantations in his hometown. Especially when a local young artist (Zhuo Tan), shares with her a bold scheme to expand her father’s eco-friendly coffee farm.

Filmed across different continents and languages, Cristiano Bortone’s feature is also the first ever Italian co-production with China. Citing Alejandro Gonzalez Inarritu’s 2006 Oscar-winner Babel as inspiration, Bortone’s Coffee is a panoramic snapshot of a globalised world in the grip of cultural and economic turbulence. 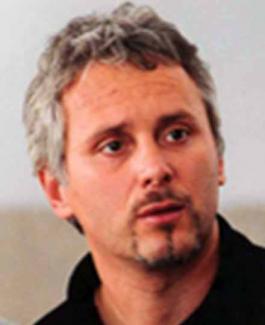 Winner of Sydney Film Festival’s Audience Award in 2006 with Red Like the Sky, Bortone is best known for this coming-of-age tale. Born in Rome, Bortone graduated in Film and Television Studies in 1990 at the New York University, and he made his debut in 1994 with Oasi.